YOU CAN MAKE YOUR
BRAIN SMARTER
EVERYDAY!

You are a very gifted educator - you made a long day seem very short for all our community.

On a mild spring evening in mid-March of this year, more than 1,500 people showed up for a free public forum at UBC. The crowd filled the university's largest venue and spilled over into two lecture rooms, while 150 others tuned in at home for a simultaneous webcast. Was this a charismatic world leader outlining a new strategy for eradicating hunger or solving problems in the Middle East? A Hollywood star expounding on the virtues of international adoption?

Not even close. In fact, the eager crowd was seeking pearls of wisdom from scientists at UBC's Brain Research Centre on how to improve their memory and age gracefully. 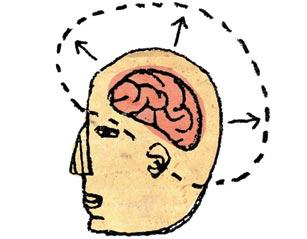 Why are we so worried? Put simply, we're getting older. We're living longer and investing a ton of cash and sweat equity into buffing up our bodies and rejuvenating our wrinkled skin - and we don't want to lose our marbles before we reach our golden years. Health-conscious boomers are watching, horrified, as their parents decline before their eyes. Their own old age is looming, and it's looking ever longer. B.C. men now lead the world in male life expectancy, reaching an average age of 79, which even surpasses the expiry date of long-lived Japanese men, who have traditionally led the pack. Women in B.C. can still expect to outlive men, surviving to the ripe old age of 85.

While increased longevity seems like good news, a growing number of us will inevitably face the combined effects of a decline in physical and mental function, if not a chronic disease related to mental health. While we still fear living in poverty in our dotage and losing the freedom of a youthful physical body, today we seem more afraid of a seemingly inevitable mental decline - and desperately want to know what we can do to stave it off.

According to the experts, the news is good: like daily exercise, regular workouts for the brain over the long term can extend mental fitness well into those later years.

Being mentally fit late in life has never been more crucial to the health of the local economy. The current labour shortage has placed a premium on workers, and as a result many companies have launched recruitment campaigns to target older and retired workers.

Today close to a third of Canadians are aging boomers jogging toward retirement. This has significant implications for B.C.'s labour environment, as both public- and private-sector employers struggle to deal with such issues as knowledge transfer and skills shortages. As government and corporations focus on replacing retirees in a highly competitive job market, a heavier burden will be placed on younger employees to hold the fort, and there is a cost to this added pressure on the up-and-coming generation of employees.

Statistics Canada already puts the cost of work time lost to stress at $12 billion a year, due to absenteeism, lost productivity, poor customer service and escalating short- and long-term disability claims. A recent study by the Canadian Policy Research Network says absenteeism has increased steadily since the 1990s for both sexes; time lost for personal reasons rose from 7.4 days per worker in 1997 to 9.7 days in 2006.

Experts are quick to note that mental fitness isn't just of concern to the over-50 set. Today's enlightened employers are investing in mental-fitness programs designed to boost organizational brainpower and de-stress their workforce. Once the sole domain of snake-oil salesmen and illusionists, the concept of brain training has now gone mainstream in the much more capable hands of experienced educators, psychologists and counsellors, who view our stressed-out workplaces as a good business opportunity.

Vancouver-based Terry Small is a 33-year teaching veteran who says the concept of improving mental fitness for self-care is only now making it onto our radars. "In the last 30 years, physical fitness has become fixed in our consciousness," he says. "In future, we will see people going to brain centres to give their brain a workout. It will be commonplace, a normal part of keeping ourselves healthy and aging well."

Like going to the gym, mental workouts could, and likely do, contribute to a longer, healthier and more productive life.

Small specializes in teaching speed reading and study skills but also offers thought-provoking corporate seminars such as "Laughing Matters," "The Business of Learning," "Brain Sell," "Making Connections" and "Brain Boosters." He speaks across the globe, and more than 16,000 people subscribe to his free Brain Bulletin e-newsletter.

Small says most of us don't know much about our brains or how to keep them healthy and working efficiently. "But we do know that having an environment that's mentally stimulating is incredibly important to the aging brain."

Small says people attending his sessions often feel overwhelmed at work and need help with retention and performance. He teaches practical skills, such as how to increase reading speed and reorganize incoming information.

Business Objects SA is a believer. Earlier this year, the Vancouver software developer (recently snapped up by German business software maker SAP AG), with a workforce of 1,550 mostly thirtysomethings, hired Small to boost the brainpower of a group of senior managers.

"They were absolutely fascinated," says HR manager Rachel Walter. "He taught them brain-fitness skills they could use both at work and at home." Business Objects is no slouch when it comes to giving its techie workforce creative tools to improve their working lives. It offers on-site de-stressors such as a nap room (accessible on company time), a playroom and a fitness facility, and offers a range of discounted R-and-R programs such as yoga, Pilates and massage.